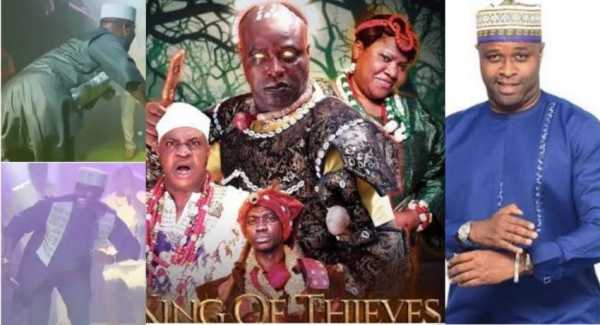 Femi Adebayo Salami is in a jubilation mood as his movie, King of Thieves grosses over 200 million in less than 4 weeks.

The actor uploaded a video of him dancing energetically as his movie grossed over 224 million, making it among the top 10 highest-grossing movies in Nigeria.

Showing his appreciation for his fans, he wrote:

“When you hear #KingOfThievez does 224m+ in 4 weeks!” You all made this happen. Thank you for showing #KingOfThieves Movie so much love… Thank you”.

Since the release of his movie, ‘Agesinkole’ King of Thieves, in cinemas across Nigeria, Femi Adebayo has continued to record massive success, and many fans have applauded him for his creativity.

At 44, I’m Naturally Beautiful With Or Without Makeup – Mercy Aigbe

Access Bank Collaborates with Federal Government to roll out Government Enterprise and Empowerment Program (GEEP) 2.0 in all 36 States and the FCT