Nollywood actor, Yul Edochie’s second wife, Judy Austin, has taken to her Instagram page to share a lovely video of herself with their son, Star Dikeh Yul-Edochie.

The mother of one shared the adorable video from a studio session with her over 20k Instagram followers on Thursday, May 5. 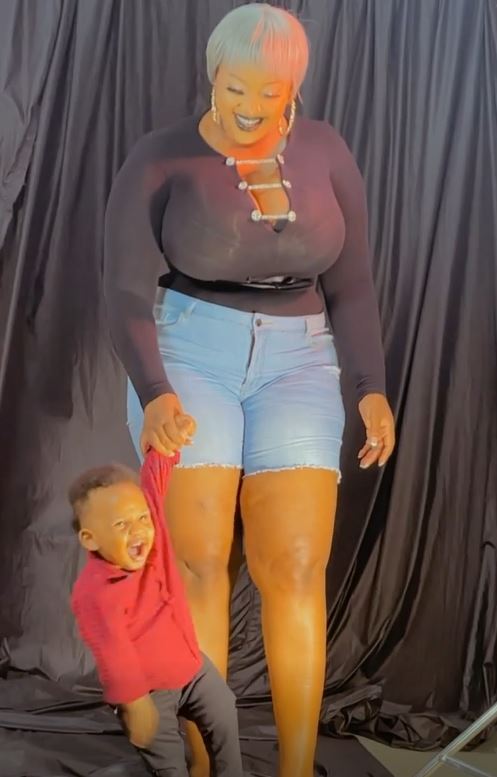 “Good morning bunnies. Something to bless your timeline today. @stardikeyuledochie”, the thespian who was recently unveiled as Yul’s second wife captioned the video.

This comes after Judy revealed that she is considering telling her story amidst the controversial reports of she being the actor and politician’s latest wife.

Judy, on her official social media page, shared a video of herself wearing bright smiles, to thank her fans for their love. In the video, she’s heard saying that the love she has received over the past few days have been massive — she then went on to add that she never knew she had such a fanbase and she didn’t know she’s this loved.

She’s later heard in the video saying she is wondering whether to tell her story or not. She said,

“There’s this saying that there is no smoke without fire and it takes two to tango, but most times in Nigeria, we don’t have that kind of patience to hear…”

I Have Never Advocated For Someone’s Life To Be Taken – Jamil Abubakar
May 16, 2022