A lady has taken to Twitter to reveal the drastic action she took after discovering that her boyfriend was cheating on her.

@Edina_Daves said she started suspecting that her boyfriend was cheating when he restricted her access to his phone.

When she eventually unlocked his phone, she found out that a lady she knows has been sending him her nude pictures.

Edina said she confronted the said lady but was insulted, so she decided to pay her back by sending the nudes to her father on Facebook.

“Last week, I did something crazy but I’ve no regrets at all Cus I feel it was worth it.
Noticed my boyfriend was acting fishy lately and no longer allow me access his phone like I used to.

Finally I was able to access his phone via Face ID while he was sleeping day before yesterday then quickly Went through his WhatsApp and saw series of nudes from this lady I know but we haven’t even talked before. I reached out to her asking her why her nudes was on my bf phone and she replied me savagery which really pissed me off!

Well I sent a friend request to her dad via Facebook and man accepted my request asap.I then sent him every piece of his daughter’s nudes idc 💁🏽 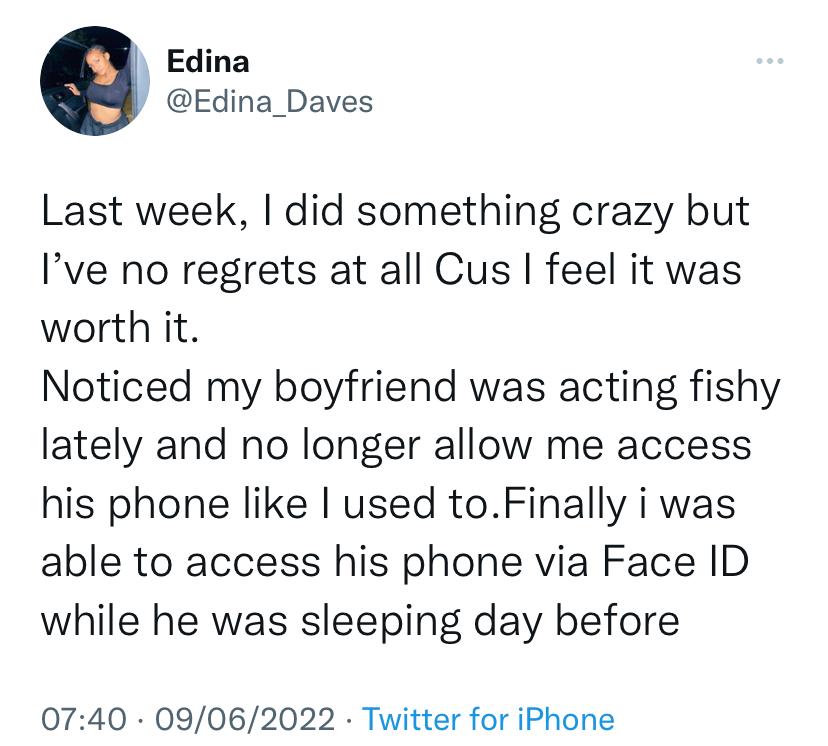 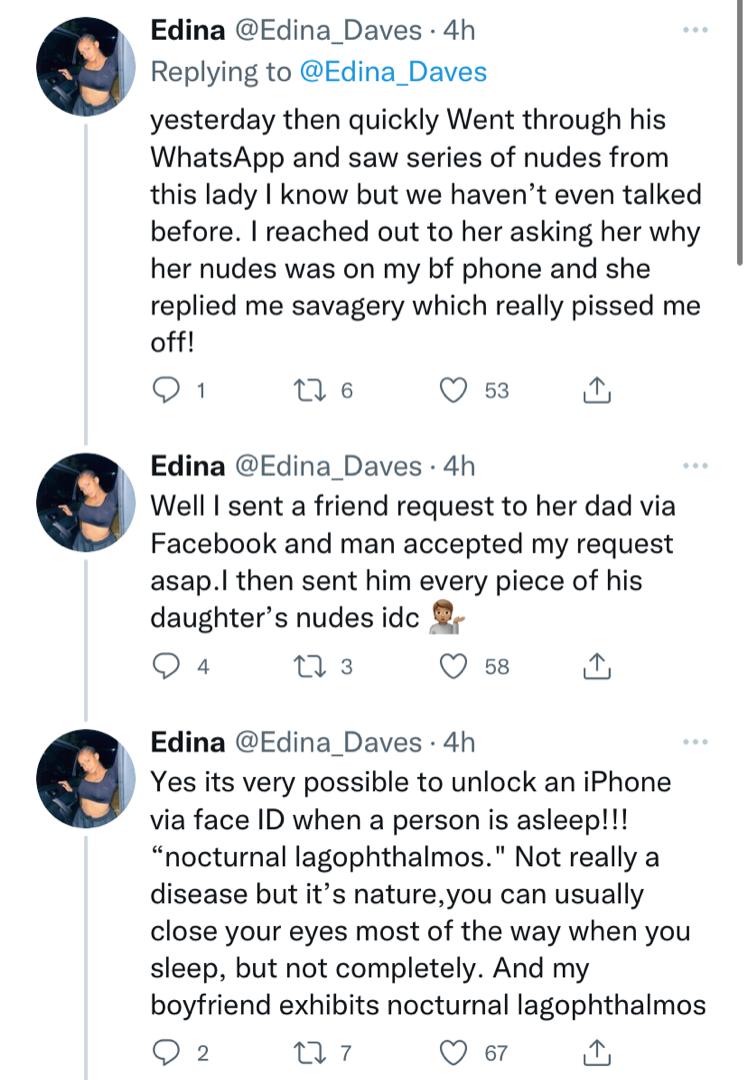 Timaya – Get My Money Right