A Nigerian lady who previously worked as a debt collector, has revealed the item a debtor of her company collected loan to purchase.

@General_Oluchi on Twitter, took to the micro-blogging platform to disclose that the debtor collected $5,000 loan to buy an engagement ring for his girlfriend.

She said the man who collected the loan, later revealed that his girlfriend dumped him despite collecting a huge loan to please her.

“During my days as a debt collector, I had access to some debtors’ expenses. For example, if a bank hires the company I worked for to collect a debt for them, they will give us a statement to see what the debtor spent the money on. Surprisingly, some paid bills with the money, some bought a car, some took a trip, did some shopping etc., but the most ridiculous item on that list to me was buying an engagement ring with a loan.

To me, this is something that could wait. One can get married without an engagement ring and it wouldn’t matter.

When I called one of the debtors to discuss a payment plan, he grumbled and sighed saying, “me and the woman I bought the ring for, are no longer together yet I still gotta pay this loan?”

I didn’t ask him for the full story, and I didn’t care. It wasn’t my job to hear the gist. I wanted to lock him in on a payment plan since he couldn’t afford the full payment.

Based on the arrangement I set for him, it would take him 2 years to pay off that loan.

So many men are in this predicament and dying silently. There are things you should never take a loan for.” 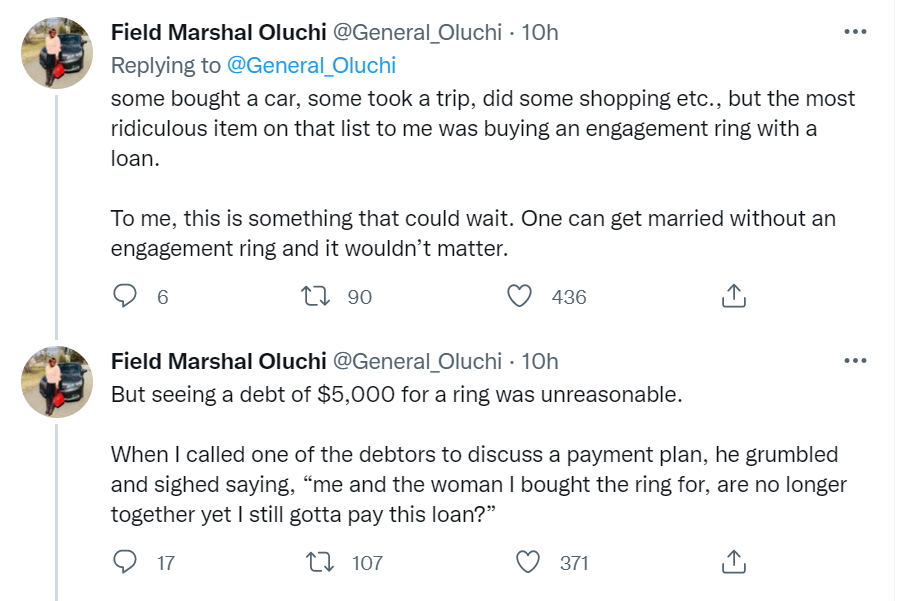 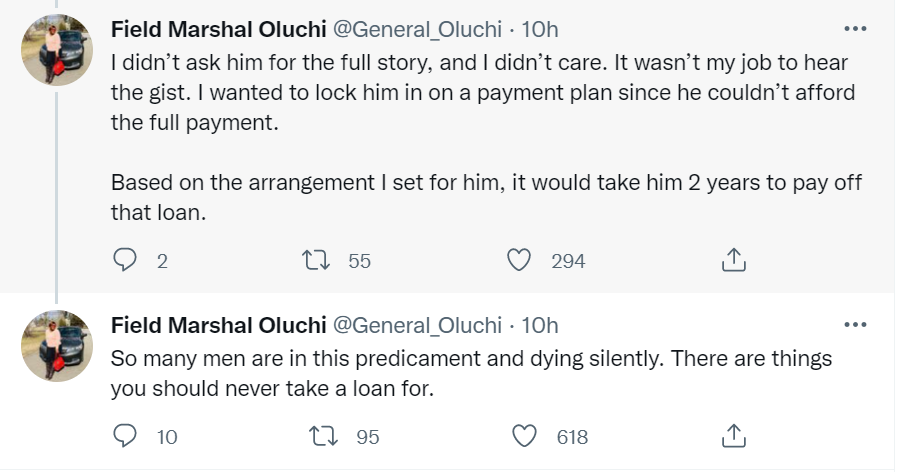 Nigerian Students Ready To Be Shot To End Strike – Asefon