A man was left heartbroken after he played a cheating prank on his girlfriend.

The young man revealed that he decided to play a cheating prank on his woman just for fun, but the result left him shattered.

According to him, he texted his girlfriend, telling her he knew she had cheated on him and she admitted to cheating. Unknown to her, it was just a prank.

Heartbroken, he shared screenshots of the conversation on Twitter and recounted how he did his best in the relationship.

“Played a prank on my gf and yes it turned out to be true 😭 💔 I’ve always done my best even with it’s not convenient on my side. She doesn’t add anything to the relationship but yet, she cheats. Liability isonu💔”, his tweet read. 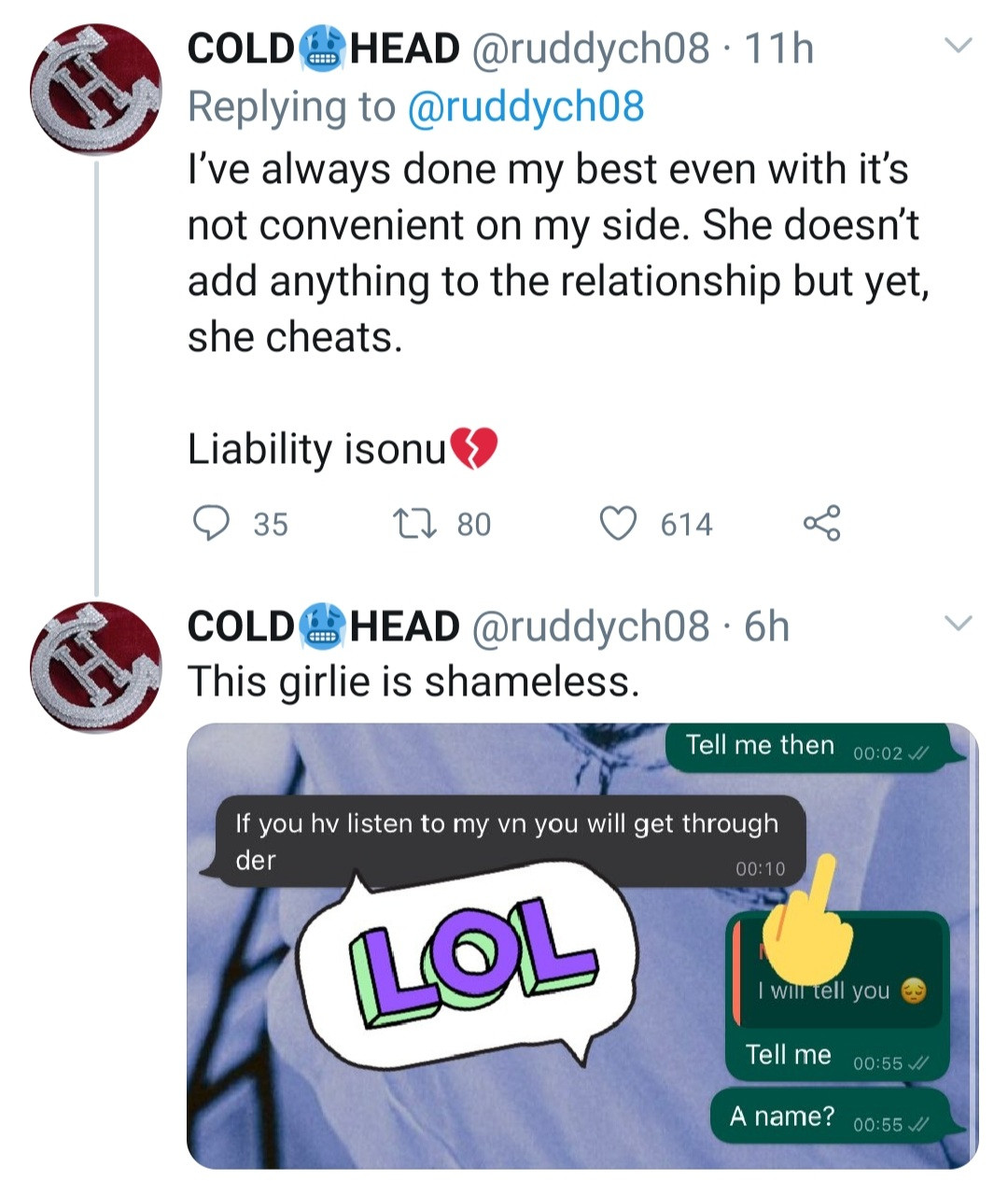 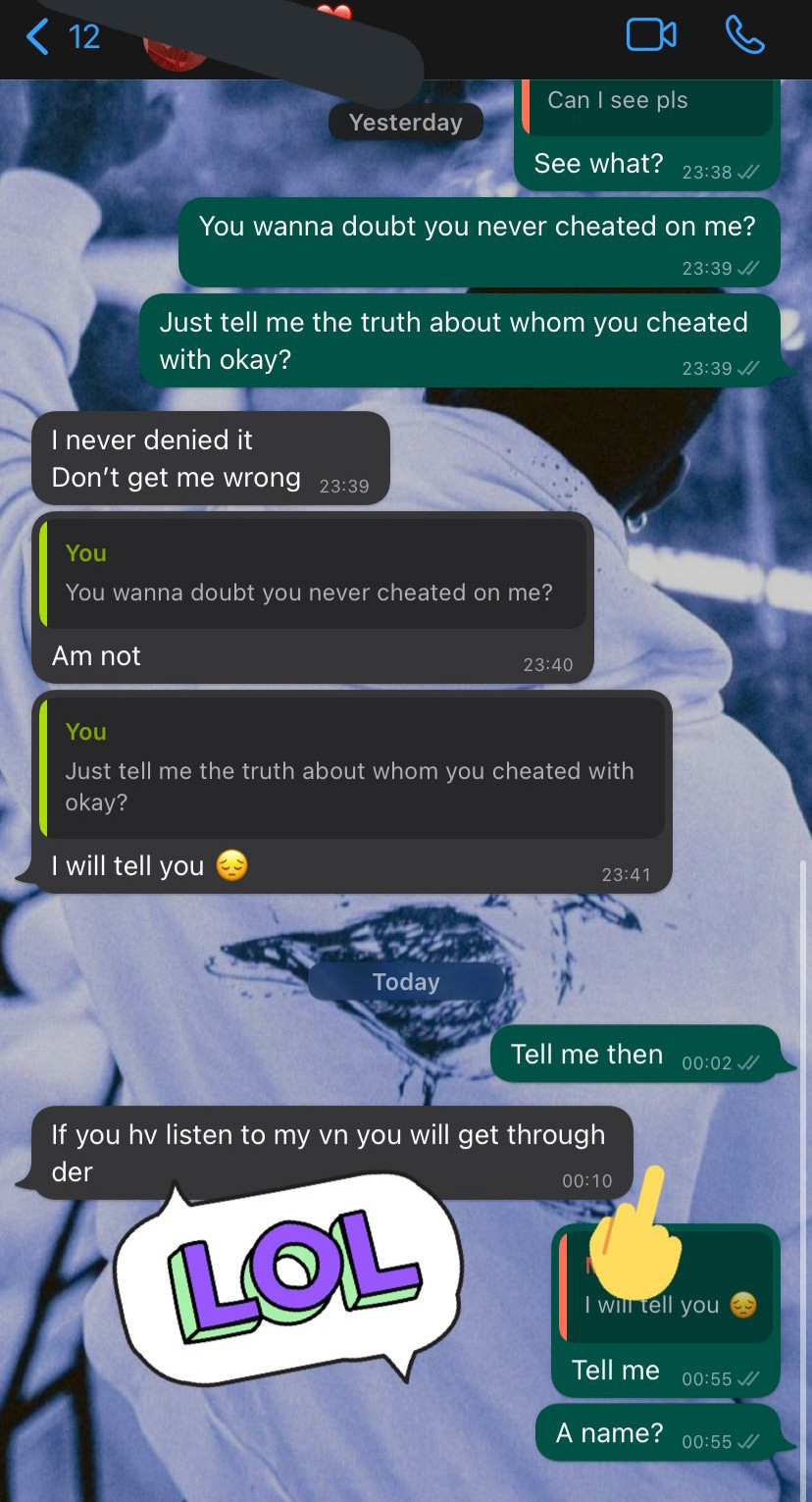 In other news, a 44-year-old woman has been charged with murdering her partner of 10 years after allegedly cutting off his genitals and stabbing him and his friend to death.

Jasmine Everleigh was charged with two counts of murder, after her partner Samir Esbeck, 59, and his friend Sarkis Abboud, 61, were stabbed in the early hours of Thursday, May 5.

According to Australia’s 7NEWS, the couple were together for 10 years and Everleigh attacked her partner before cutting off his genitals.

Her partner, Esbeck, died at the scene in an apartment in Brunswick, Melbourne, Australia while his friend Abboud died tragically on the way to hospital, reports the Mirror.

The woman was later arrested on a nearby tram in Calton and was found to have suffered cuts to her arms.

Acting Assistant Commissioner Mick Frewen told reporters: “She was bleeding and had a fair bit of blood on her.”

She was taken to hospital before being interviewed and charged with two counts of murder by police on Friday, May 6.

Mr Abboud’s daughter, Christine Abboud wrote on social media: “No one deserves this kind of pain left with them. My father was my hero, a loving husband and brother to his family. My heart feels empty knowing I won’t ever see him again … Dad, I love you.”