Polygamous Nigerian Actor, Yul Edochie has boasted that he is the most talked about man on the planet and it “feels so good”.

Yul Edochie truly broke the internet when he announced that he welcomed a child with actress Judy Austin Muoghalu. “I no go lie. It feels good breaking the Internet.

“Most talked about man on the planet. 2nd week in a row. E dey sweet sha.” 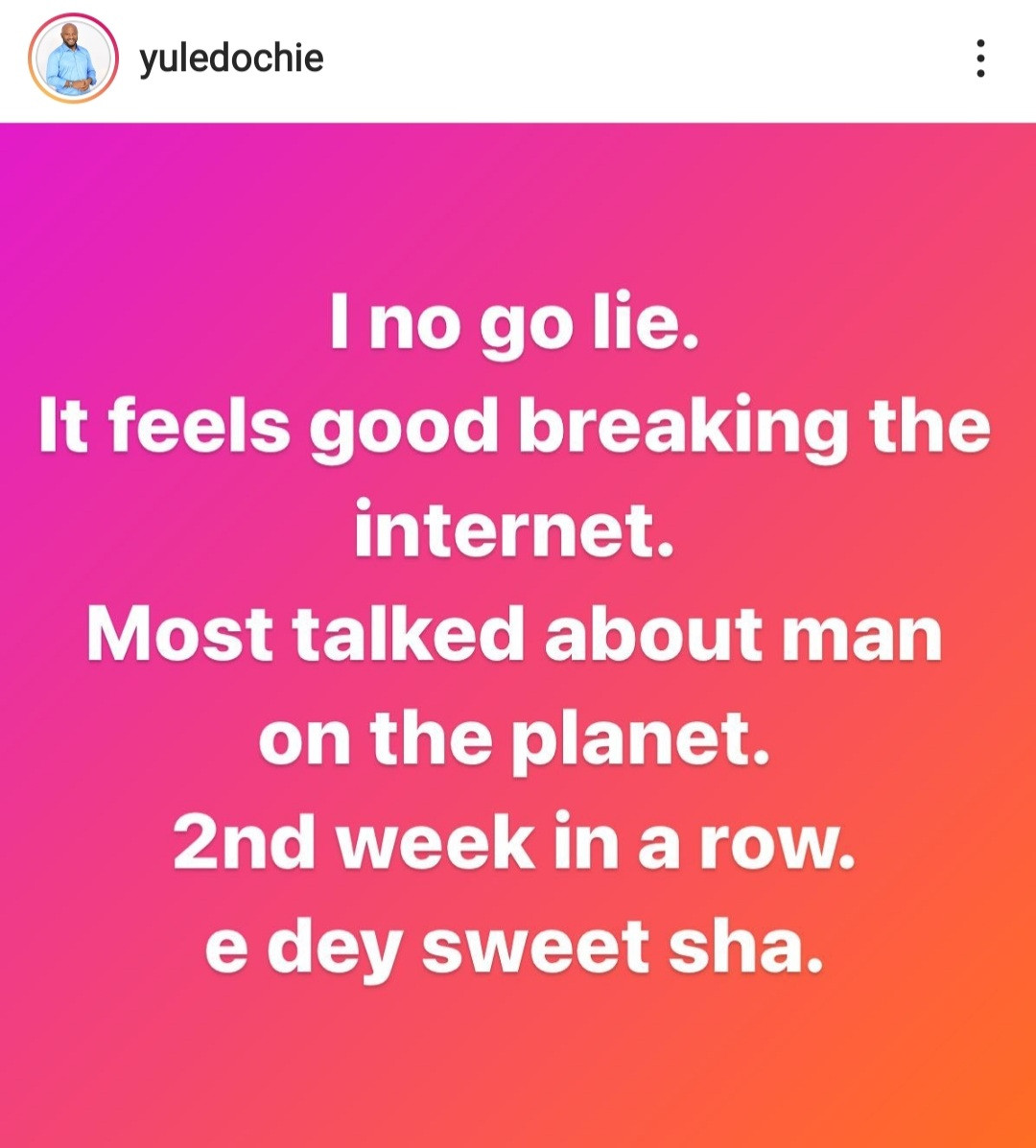 In related news, The 40-year-old actor, also graced an Instagram live session with famous show promoter Paul Okoye, to say he anticipated that fans who knew little or nothing about his private life would troll him.

“I expect people to react that way, it’s the love they have for me, but at the same time, people are talking about something they don’t know the root. There is always a reason for something,” he said.

In April, the 40-year-old actor threw his fans, colleagues and social media into a frenzy after sharing pictures of himself and his baby boy on his Instagram page.