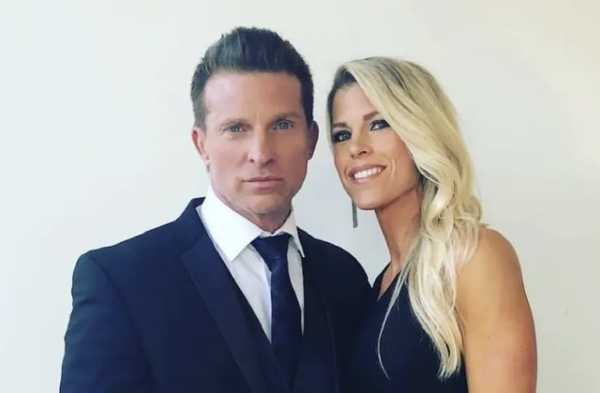 The 51-year-old actor, who formerly played Jason Morgan on General Hospital, has stated that his wife, Sheree Gustin, is pregnant with another man’s child.

Sheree, who has been married to the soap star for 23 years, recently announced she’s pregnant with her fourth child in a photo showing off her baby bump on her Instagram Story.

However, 51-year-old Steve in a statement posted on social media on Wednesday May 4, clarified that he’s not the father of the child his pregnant wife is expecting and they are no longer together.

“I wanted to clear something up. Sheree and I are separated. She recently announced that she’s expecting her 4th child. The child is not mine.

“We are still co-parenting our three beautiful kids. We would appreciate privacy at this time. Much luv, Steve.”

The estranged couple have been married since 1999 and share three children: Makena, 18, Jack, 16, and Brooklyn, 7.

Gustin is yet to address Burton’s allegations. Burton was a part of the soap series since 1991, playing Jason Morgan on-and-off for the last 30 years. I Have Never Advocated For Someone’s Life To Be Taken – Jamil Abubakar
May 16, 2022