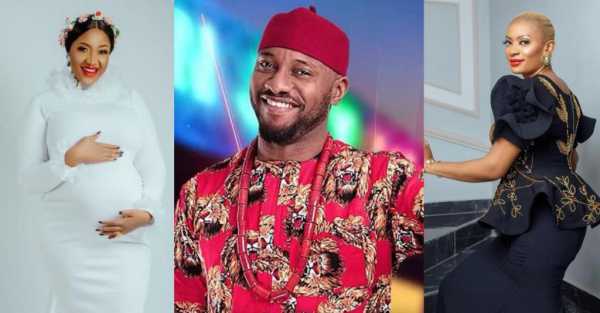 Yul Edochie, a well-known Nollywood actor, has defended his decision to marry and reveal the identity of his second wife.

Recall that the actor took to his Instagram page to unravel the identity of his son with another actress and second wife, Judy Austin. He revealed that his new son is called STAR DIKE MUNACHIMSO YUL-EDOCHIE and he loves him just like he loves his other kids with his first wife, May Edochie.

The first wife of Edochie, who has four children for him, took to the comment section writing: “May God judge you both.”

The disclosure also elicited tons and tons of mixed reactions from netizens who found it extremely appalling for the veteran actor to make such a decision after being married to his first wife May Yul Edochie for over 17 years with 4 kids.

Well, in a fresh post where he shared a photo of himself, Yul Edochie asserted that he is a real man for owning up and taking responsibility over his second wife.

According to him, fake men are scared to take up responsibility so they always hide and do their stuff. Taking to his Instagram page, he captioned;

Real men own up and take responsibility.

Fake men dey hide for back dey run am.

Na man you be.

Nigerian Police Begins Haunt For Lady Who Said She Was Paid N1.7m To Sleep With A Dog