A woman has apparently been left embarrassed after she accidentally posted an unclad photo of herself while listing her air fryer for sale on popular e-commerce site eBay.

The woman put up a multi-cooker for auction. She took the effort to add the model number and four photographs of each piece of the utensil in the description. The last image, unbeknownst to her, was a photograph of her naked in front of a mirror.

Instead of another zoomed-in photo of the air fryer, the vendor unintentionally published a photo of herself in just her underwear.

Hundreds of bidders are believed to have been spurred by the final photo, which was not intended for the advertisement. 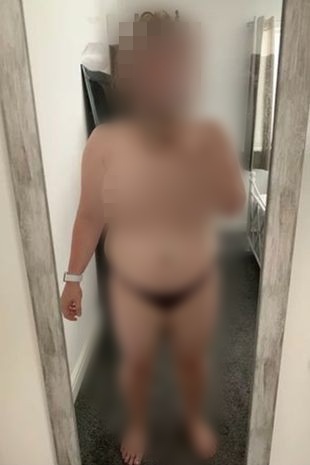 In other news, embattled Nigerian socialite, Hushpuppi is currently being talked about on Twitter after Chris Brown referenced him in a new song.

The American singer was featured in the remix of Lojay’s hit single, Monalisa, and his verse has gotten music lovers buzzing online.

In his verse, Chris Brown sang,

The lyrics caught the attention of netizens and they took to Twitter to talk about Hushpuppi’s fame which has spread beyond the borders of Nigeria, making his name trend on the microblogging platform.

I’m Proud Of Nigerian Youths Who Are Excelling, Says Buhari In Rwanda

If You Can’t Find The Schools Tinubu Attended, You Can Find The Ones He Built

Zamfara Asks Residents To Take Up Arms Against Bandits

I’m Proud Of Nigerian Youths Who Are Excelling, Says Buhari In Rwanda

If You Can’t Find The Schools Tinubu Attended, You Can Find The Ones He Built

Zamfara Asks Residents To Take Up Arms Against Bandits

Let’s Work With Whoever Emerges At Primary — Osinbajo

‘I’m Not Running As A Northern Candidate,’ Lawan Campaigns In Katsina